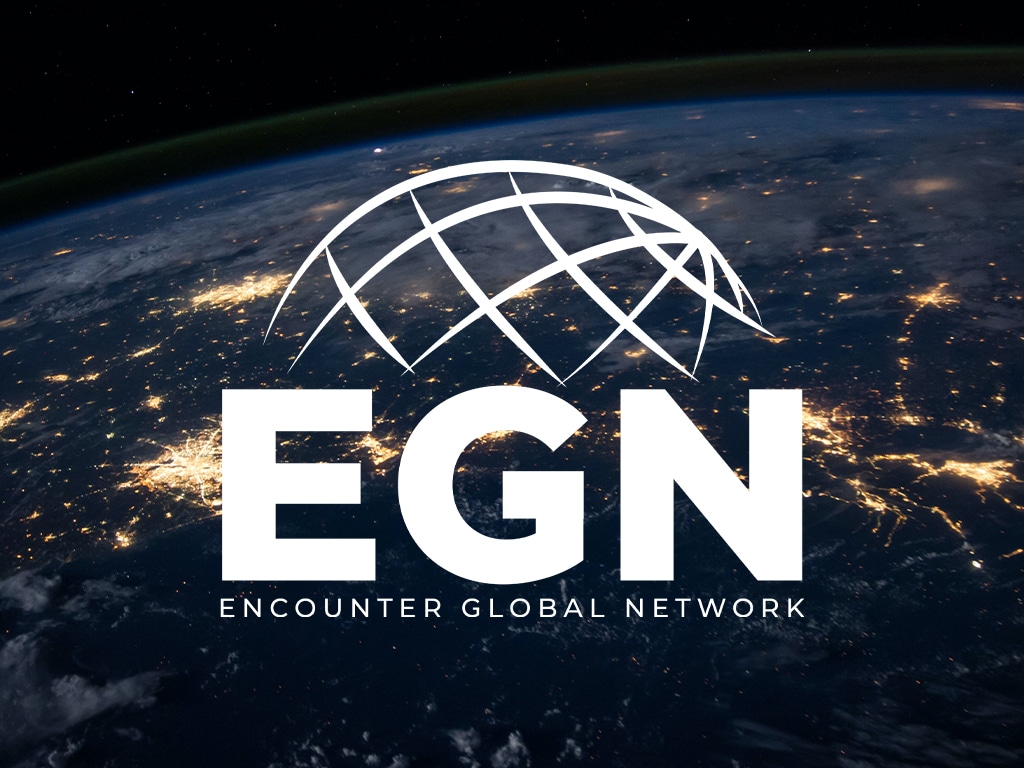 If you feel you and your ministry need covering, assistance and resources, join EGN now. 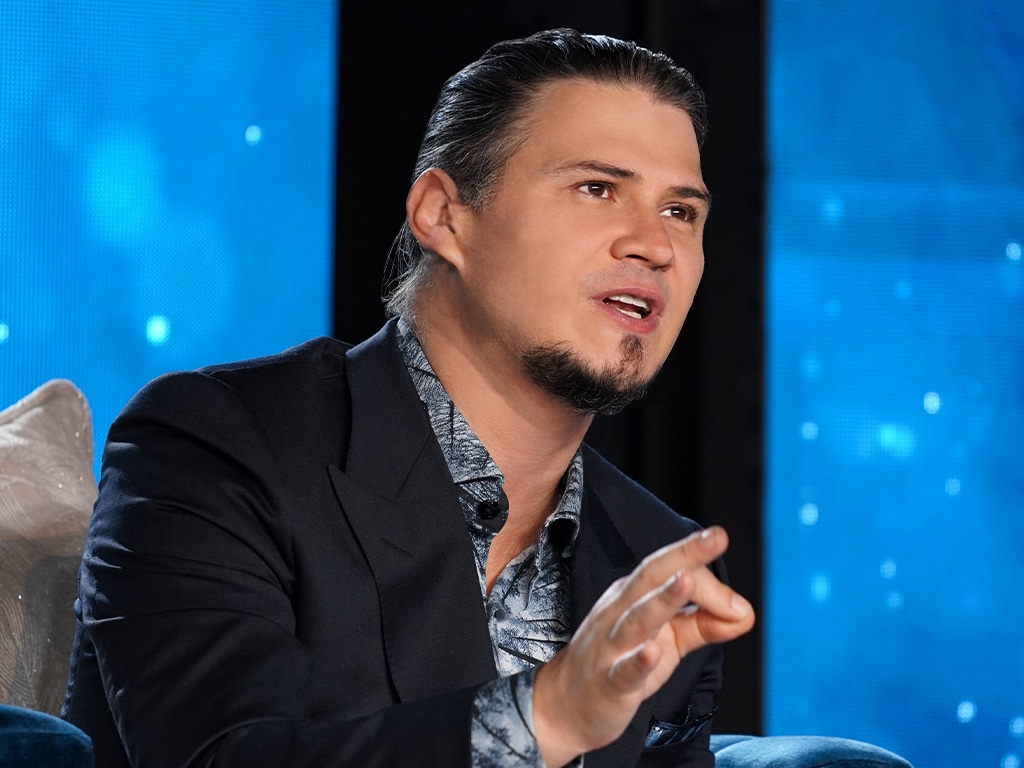 Connect to an exclusive platform where you can communicate directly with Prophet Leon, for assistance and community. 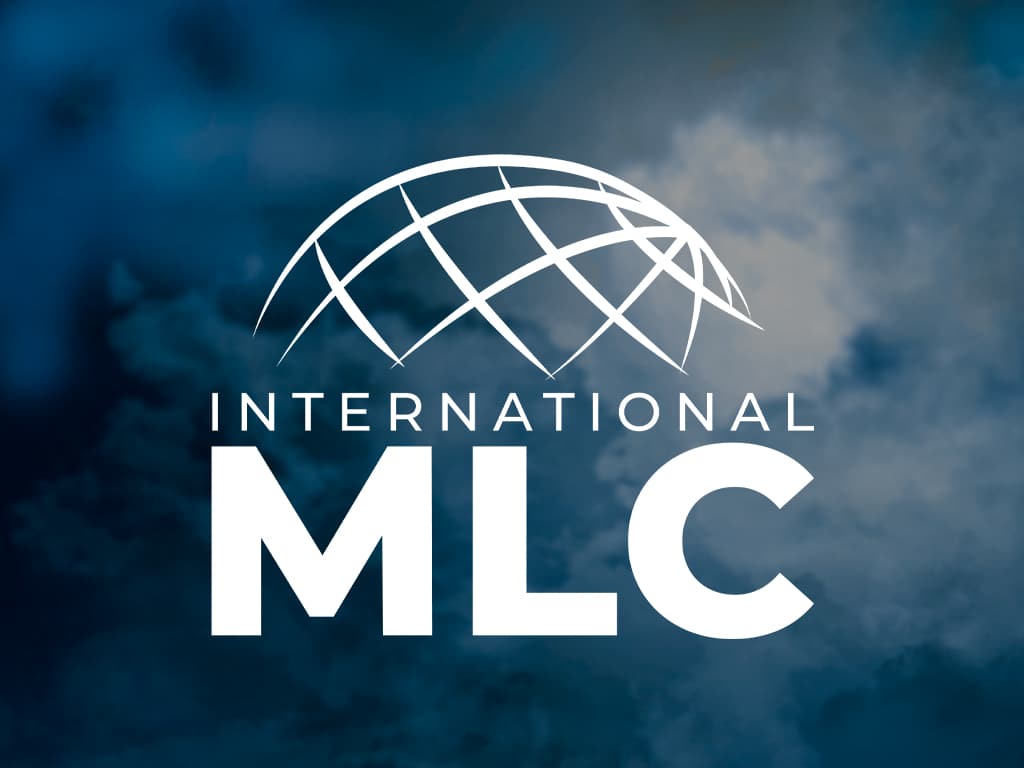 Our MLC 2020 is focused on growing your church and ministry through this pandemic.

As a leader, you’ve likely looked back at a decision another church or organization made and thought to yourself, “how could they not have seen how bad that decision was…I mean, didn’t anybody realize where that would take them?”

And of course, the answer is no…they didn’t see it.

Five years from now, what will declining churches have done that pushed them into…well, decline? Because right now, leaders are making the decisions that will lead them either into growth or decline.

In the midst of all this uncertainty, you’re making decisions that will shape the future. We all are.

How do you know you’re making the right ones?

As you look back over the last few decades, it’s not that hard to see that churches who refused to change, embraced blended worship (out of fear of offending people), didn’t make tough staffing calls, failed to plan for timely succession, got weird theologically or made a myriad of other unfortunate decisions generally faced decline rather than growth as their dominant story.

While the future is impossible to predict accurately and anyone who tells you they know where it’s all going is either lying or deluded, there are often clues as to what’s ahead.

So very tentatively—and with an openness to being very wrong—I want to offer 7 new characteristics of churches that will be in decline five years from now. I say new, because all of these factors are tied to real-time decision making that’s happening in light of the coronavirus, meaningful cultural change and the dislocation that has become life today.

The decisions you make today impact the future you live tomorrow.

Five  years from now we’ll see how accurate these are, but here are 7 new characteristics of churches that will I suggest lead them into decline in the future.

1. The Leaders Bet Everything On A Physical Return To Church

Is physical church coming back? You bet it is. As long as there are people, people are going to want to connect in person.

Is in-person church the whole future?

These are hardly perfect conditions, but the few leaders who are seeing 70% of their pre-COVID attendance back at in-person services are declaring victory.

I don’t want to rain on any parades, but when did reaching 30% fewer people became a win when there’s a world desperately in need of the Gospel?

I’m talking to a growing number of leaders who are seeing 20-40% as the new normal for physical attendance, and while that might indeed improve in the future, there’s also growing talk of sizable groups of people who have just disappeared from church altogether.

Indeed, according to the Barna Group, the number of pastors who believe their church will grow after the pandemic has dipped to 13% from a high of 34%. 33% see it being the same, and fully 49% believe it will be lower.

If that’s the case, churches that invest all of their time and energy on in-person gathering may not see the impact and reach they’re hoping for.

On the other hand, churches that embrace the reality that everyone they want to reach is online, and who invest in their online presence heavily stand a better chance of seeing future growth.

2. Success Is Still Measured By The Number Of People Who Attend Physical Locations

What you measure as a leader influences what you value.

For years, pastors (for better or worse) measured success by the number of people who attend weekend worship.

If people engage with church differently via digital, home-based or community-based gatherings, the leader who defines success by worship attendance alone in a church building or campus will grow more and more frustrated.

Although written pre-COVID, here a post that outlines 7 ways to grow engagement.

3. Online Ministry Is Seen As An Afterthought Or Lesser Form

It’s not that most churches won’t have an online ministry. Almost every church does now thanks to COVID-19.

It’s just that in the future, declining churches will see it either an afterthought or a lesser form of ministry.

I know there are genuine theological questions that have yet to be answered. And we’ll figure that out as we go along. If that statement bothers you, just read the New Testament. The Gospel moves forward, and the leaders figure out what it means in real-time.

Meanwhile, people keep moving on.  People are living more digitally than ever, and most businesses continue to rethink their strategy in light of it, reducing physical locations and pivoting to online.

You can see online church as an obstacle or an opportunity. Since everyone you want to reach is online, though, that makes it a pretty big opportunity.

Again, physical gathering will always plan a role in the future of the church, but wise churches will realize there is much opportunity beyond that

4. All Feedback Comes From Their Echo Chamber

Leaders who are looking for ways to confirm their biases have never had more ways to do it.

Social media is designed to give you more of what you want, and, apparently, we love it that way.

So many pastors feel the pressure from their members to reopen and reopen fully. And that’s predictable. People always crave what they’ve known. Think about that for a moment. Even when it comes to food, you’ve never craved anything you haven’t tried.

You’ll also be highly motivated to return to the way things were because that’s what you know. And, those who succeeded most in the past are most motivated to preserve the past or recreate it.

All of which puts leaders at risk of listening only to their echo chamber.

Church people are going to love in-person worship because, for the most part, that’s all they’ve known. As a leader, you are going to love it because that’s basically what you’ve led. All your skills, training and experience point you back to it.

In addition, you are probably surrounded by people who will tell you you’re right, that others are wrong, and add to that the fact that algorithm that controls your social media feed will automatically find you more content that agrees with you, and you can convince yourself you’re right. Here’s the irony: in an online culture run by algorithms, you don’t actually get more choices, you get fewer.

Wise leaders expose themselves to different voices: voices: outside voices, younger voices, varying opinions and voices beyond their field of discipline.

Leaders of declining churches surround themselves with like-minded voices and influences,  convinced they’re right and everyone else is wrong.

5. They Quickly Went Back To 3 Songs And A Message As Their Service Formats

Even pre-COVID, it was becoming clear that attractional churches were past peak and more charismatic churches were growing.  Recent research confirms that.

But the COVID disruption and mass move to online has meant most churches quickly discovered that what ‘worked’ in terms of in-person weekend services didn’t translate online, and many pivoted to shorter services, less music and more engaging, interactive formats to engage people.

Some pastors even hired YouTubers to help with message creation and delivery.

It’s still uncertain what the future design of church services online or in-person will reveal, but if this crisis is the accelerator and disruptor many think it is, then a return to a format that had stopped resonating deeply before is likely not the best move.

The key is to keep faithfully experimenting and exploring what helps people best connect with God.

What’s happened so far in the crisis isn’t innovation, it’s adaptation. Most of the innovation lies ahead.

If you’re already thinking, well, everyone I know likes it that way, see point 4 above and point 7 below.

6. The Church Building, Not The Home Or Community, Was Re-Established As The Sole Locus Of Ministry

One thing this crisis has revealed is how facility-centric the dominant model of ministry has been for generations in the Western Church. Take away our buildings, and we’re all a little lost.

One trend developing before our eyes is the home as the new center of life. In the last six months, work, food preparation, entertainment, school, and shopping are now more home-based than ever.  And for 6 months, that’s been true of church.

Some of that will shift. Not all work will stay remote, but my guess is online shopping, working from home, take-out food, and entertainment will trend toward more home-based ventures.

A few churches have already pivoted toward moving from a church with 5 locations to a church with hundreds or thousands of locations—those being peoples’ homes.

Wise church leaders will cooperate with this trend rather than compete with it.  They’ll get over their building addiction and the ego boost of full rooms and work on reaching people, which is kind of the point anyway.

In the future, dying churches will see their building—not the home and community—as the primary locus of ministry. Growing churches won’t.

7. The Leaders Excluded Gen Z From The Inner Leadership Circle

Keeping young leaders around your leadership table is one of the best ways to keep the next generation in your church.

Whether you think generational difference are overblown or not, just because you have a 30-year-old on your staff doesn’t mean you’re ready for the next generation.

Gen Z, whose oldest members were born starting around 1995 (some say 1997), is now graduating college and moving into the workforce. They’re distinguishing themselves from Millennials, sometimes giving Millennials the same slamming Boomers have taken. While this sounds trivial (and in many respects it is), every generation is defined by something a little different.

Gen Z is the first truly digital native generation to emerge, and their cultural formation is being shaped by all kinds of things like Corona-virus, racial justice, climate change and much more.

Plus, the oldest Gen Z was only 10-years-old when YouTube was born and 12 when the iPhone was launched. They have always consumed and created content differently than any other generation.

If you’re wondering how the thinking and experience between generations varies, watch this video of Fred and Tim Williams, twenty-two year-old twins hearing Phil Collins In the Air Tonight for the first time.

The average senior pastor is 57 these days. Surrounding yourself with leaders two or three generations below you and giving them actual influence, authority and responsibility is one of the best ways to keep you and your church young.

And if you’re worried they’re not ready for that kind of responsibility, neither were you when someone handed you the keys. Neither was I. We figured it out. They will too.

Mentoring doesn’t just happen older leader to younger leader; it happens the other way around too. 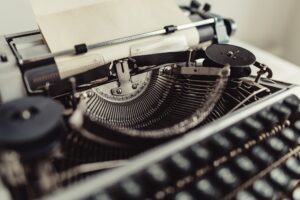 HOW TO SELF-PUBLISH YOUR BOOK?

With the ascent of Amazon and social media‚ especially for someone who has a message and an audience to share with‚ there are more efficient and speedier ways to get your message out; then going through a traditional publishing house. 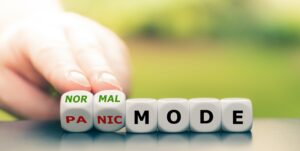 So you would love for everything to go back to normal. I get it.

There’s so much about the current disruption that’s unsettling, exhausting, frustrating and challenging that it would be great to throw open the doors of your church, not worry about a virus, and have everyone come back. 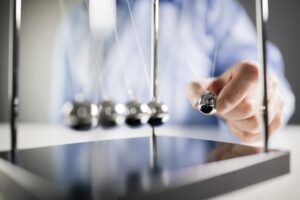 So you’re leading in a tougher environment than you’ve ever led through in your life.

How do you find momentum and growth in a season when everything you spend your life working toward changed overnight?